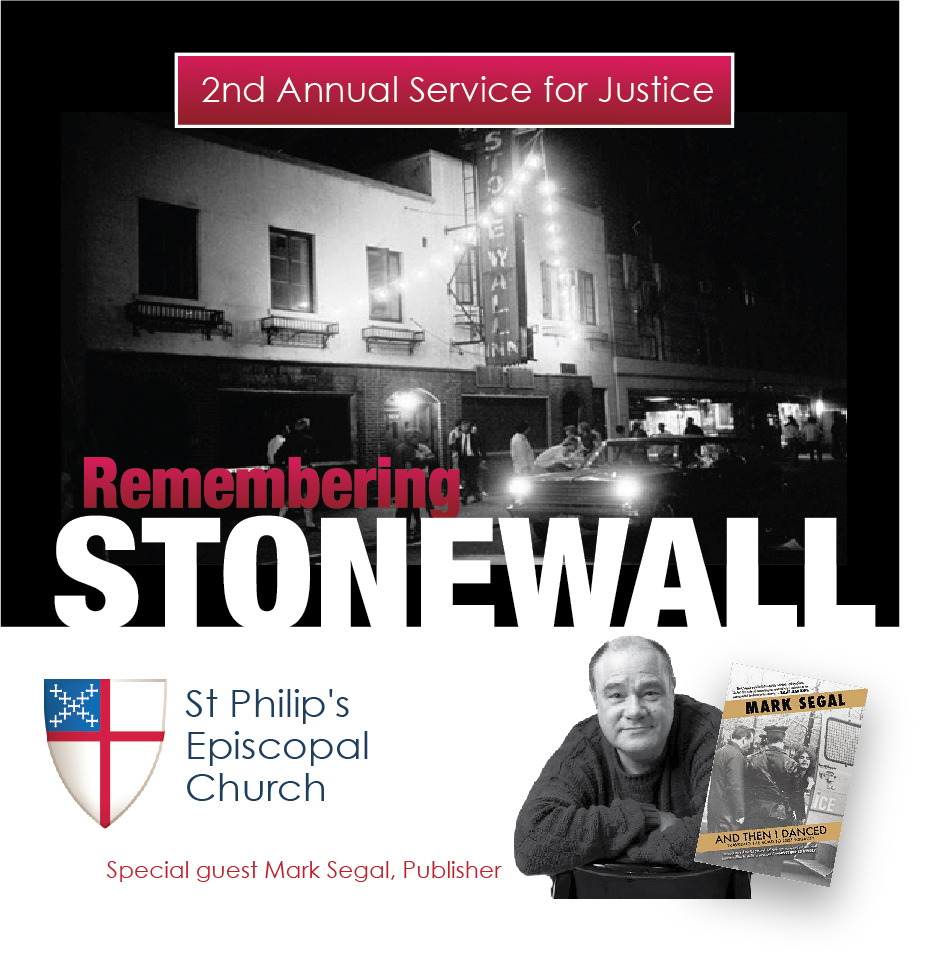 St. Philip’s Episcopal Church in New Hope, Pa. will hold their 2nd. Annual Service for Social Justice on Thursday, May 18. As part of New Hope Celebrates Pride Week, this year’s topic will be “Remembering Stonewall.” It will be an evening of learning and reflecting on LGBT rights.

Author and publisher of the Philadelphia Gay News, Mark Segal will be the special guest. Mark’s memoir, “And then I Danced, Traveling the road to LGBT Equality”, documents his life long fight for equality, starting as a teenager inside the Stonewall Inn. He is the most award-winning commentator in LGBT media.

Now a National Monument, the Stonewall Inn was the birthplace of the modern Gay Rights Movement. In June 1969, patrons fought back against what had become a sanctioned harassment against gays by the NYPD. After a series of violent protests, the LGBT community throughout the nation organized in support of gay rights. In the two years following, almost every major city had started a gay rights group.

Pastor Michael Ruk of St. Philip’s, began the Annual Service for Social Justice with last year’s topic on transgender rights. The service drew a large crowd and is now in its second year.

Fr. Michael said he is concerned that with all the “parties and parades during Pride Week, we are forgetting our roots. Pride goes back to human and social justice rights.” He said especially in this political climate, we must remember that everyone should be treated with dignity and have human rights.

He is inviting the LGBT youth of the community to come and hear the talk. He said it is especially important for them to learn how generations before them had to fight for equality and the rights they have now.

All are welcome to St. Philip’s Service of Social Justice. It will be held on Thurs. May 18 at 10 Chapel Rd., New Hope, Pa. from 7:00pm-8:30pm. A reception will follow sponsored by Martine’s Riverhouse.