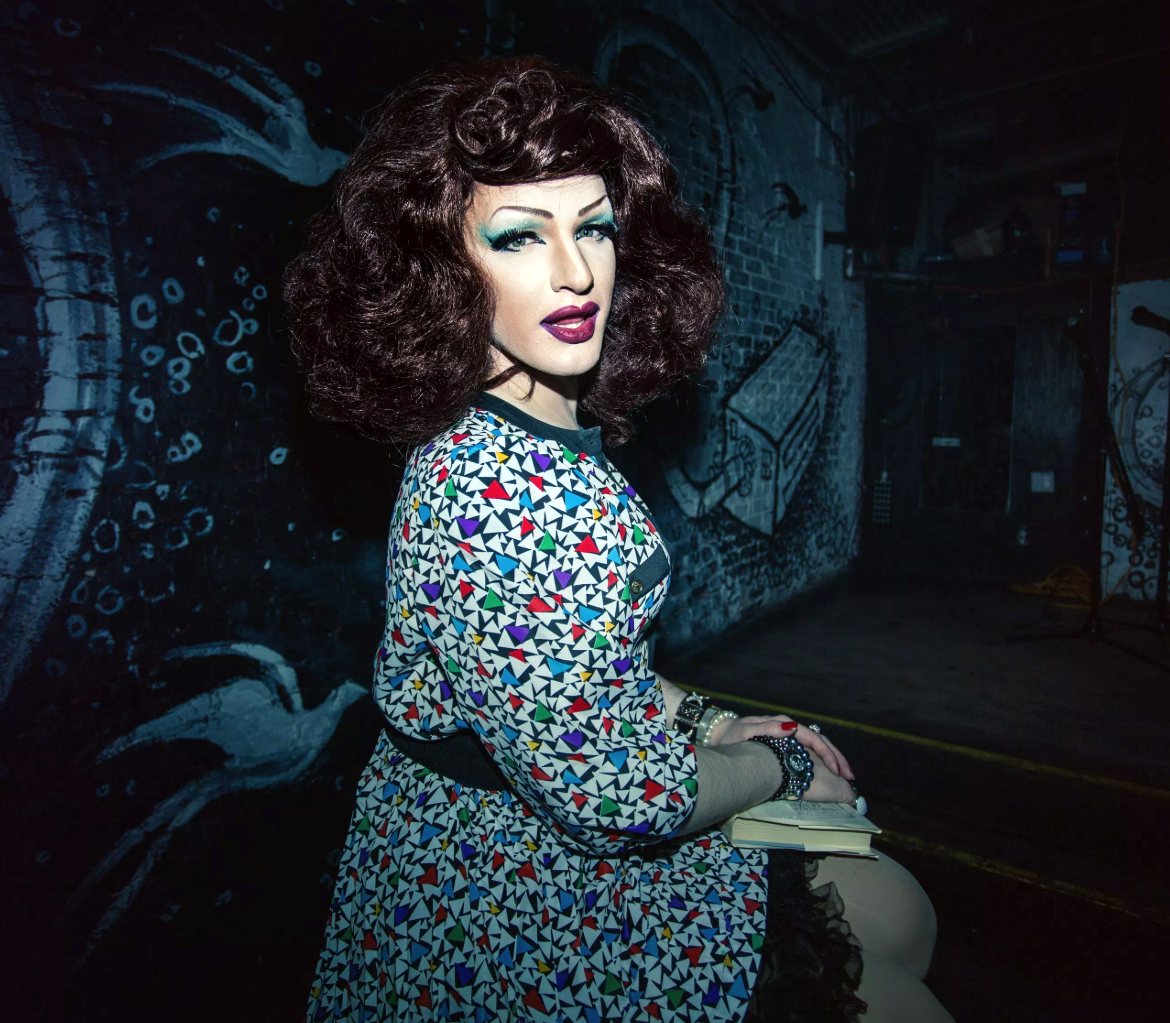 Ruby Roo is a force to be reckoned with in New York City. Nominated for “Breakthrough Artist” at NYC’s Glam Nightlife Awards only three months after starting drag, Ruby’s career began to take off. Her first weekly show at Vlada Lounge in Hell’s Kitchen secured her place in the drag scene as a quick-witted, sharp-tongued Broadway baby. From there she brought drag to the legendary Duplex Cabaret Lounge, where she continues to perform her one-woman show “I’m Still Here” weekly, after a five-year run.

Crossing the river into Brooklyn, Ruby started a comedy show hosted by herself and Thorgy Thor (of RuPaul’s Drag Race) that altered the nightlife scene in Brooklyn. Her work earned her a win at the Glam Awards this time for Best Duo, and the show went on to win Best Drag Show at the Brooklyn Nightlife Awards the next year.

Most recently, Ruby has joined the family at Pieces Bar where she both hosts the popular “Frisky Fridays” and also bartends in drag – this year she won another Glam Award for Best Bartender.