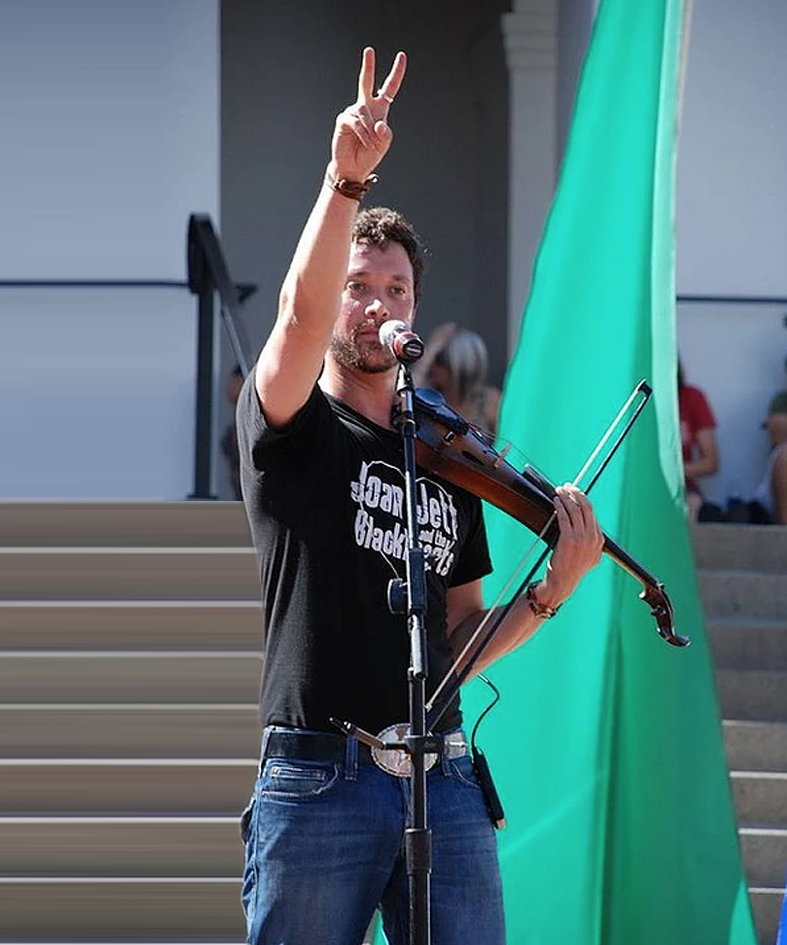 Josh Zuckerman’s latest studio EP “Gone With The Music” with longtime childhood dream-come-true drummer, Thommy Pride and bassist, Gary Ryan. With “Joan Jett and The Blackhearts” Thommy Pride was the drummer on the hit I Hate Myself for Loving You and has remained a drummer with the band for over 30 years. He was also a member of Billy Idol’s band, “Scandal” and “Flame”. Gary Ryan, recent Hall of Fame inductee, was an original member of Joan Jet and the Blackhearts” and played on Various hits from “I Love Rock & Roll to Bad Reputation and many more.

From driving rock tracks to soothing ballads; along with a touch of country; Josh Zuckerman has recorded 5 albums and released 15 music videos, with some featured-on Logo, CMT, MTV-Beta and VH1 along with Internet outlets.

Zuckerman’s fifth album, Background Static of Perpetual Discontent, is electrified with the powerful messages of love, self-acceptance, dealing with life’s challenges and his quest for personal growth. His live performance set list includes; ‘The Turn Around’, ‘I want to be me’, ‘Evaporate’, ‘Got Love?’ and the cover, ‘The Devil went down to Georgia’.