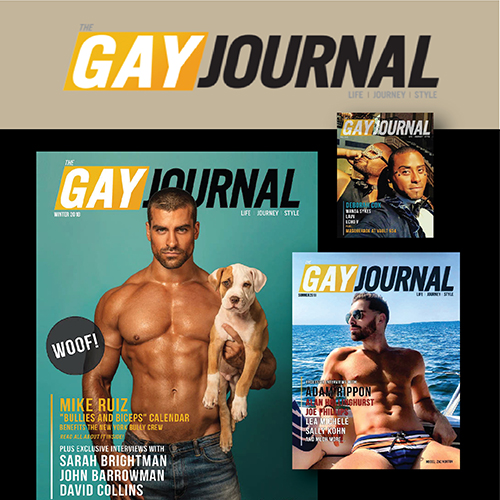 The Gay Journal is a quarterly produced, full size, color, glossy infotainment publication for the LGBTQ population and their allies. We are based in the Lehigh Valley (pop. 900,000), a short distance from Philadelphia, NYC, NJ, and Washington DC. We distribute in and around these cities as well as select book stores in San Francisco, Los Angeles, Palm Springs, Provincetown, Key West with the purpose of promoting the Lehigh Valley as a vacation, relocation or retirement destination. Readers and advertisers are drawn to our design, the balance of thought-provoking and absurd content, our celebrity interviews, honoring LGBT history while looking toward the future as well as to our low ad rates. Our contributors volunteer their time, energy and talent because of their dedication to the celebration of our community.