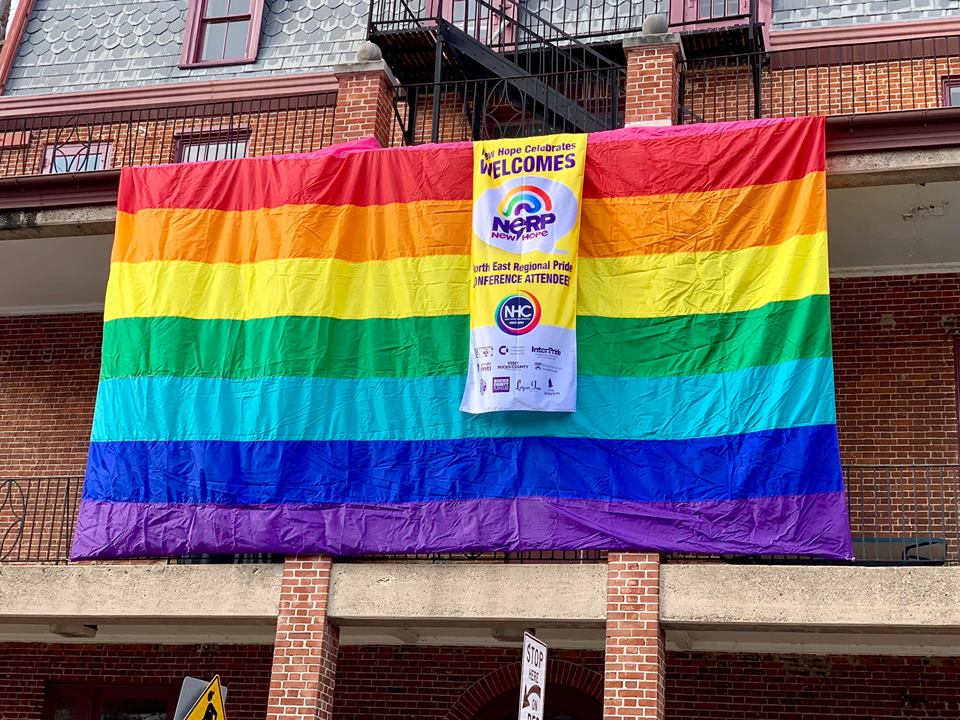 New Hope Celebrates hosted the 2019 Annual NERP Conference (Northeast Regional Pride) from March 7 through March 10. Every year a city is chosen to host the conference for their region and New Hope, PA. was chosen for the second time since 2013. Sponsored by Interpride, an organization that unites Pride organizations worldwide, it is an opportunity to share ideas and celebrate traditions.

Delegates came to spend the weekend in New Hope from as far north as Montreal Pride, to as far south as Charlotte. Staying at local hotels and B & Bs, they were greeted by New Hope Celebrates’ Board members and volunteers and introduced to all New Hope has to offer.

Workshops such as “Creating Safe Spaces for LGBT Youth,” united new and existing members in discussions and issues important to all. The Ivyland Railroad and New Hope Borough Hall were among the locations hosting workshops throughout the weekend.

In their free time, delegates strolled through town, visited shops and took in the beauty of Bucks County. Penn Medicine sponsored a Restorative Yoga class at the Cornerstone Gym in New Hope for added relaxation.

Delegates who commented on the conference said they enjoyed “The community and how we all embraced each other and worked together for a common cause.”

“The town was amazing! All the people are fantastic!  Overall, an awesome conference that I’m grateful to have been a part of!”

“The opportunities to network with other group members in a relaxed and fun atmosphere were terrific. Also, the workshops were relatable and helpful. The food was amazing!!”

New friendships were made with the anticipation of next year’s conference. When the weekend ended and delegates returned home to cities such as Boston, New York, and Philadelphia, they returned with a piece of New Hope in their hearts.