Inside + OUT in New Hope – October 11th Exhibit Opens

On Oct. 11, 2019, with the transitioning foliage and ever-flowing Delaware River as its symbolic background, along the Promenade of the Stella by Jose Garces, Ghost Light Inn, and The Bucks County Playhouse, New Hope Celebrates (NHC) held an opening of a new contemporary history exhibit. The purpose of the exhibit is to empathize with the participation and inclusiveness of New Hope’s LGBTQ+ community. The date marks the 41st anniversary of National Coming Out Day, and October is National LGBTQ+ History Month.

‘Inside + OUT in New Hope,’ a collection of eight doors, each painted a bright color from the renowned rainbow flag, commemorates the progress and abundant, a colorful gay history which has served as a beacon of community spirit as well as a paradigm for equality nationwide.

Two special citations were presented: one by State Rep. Thomas and another by State Sen. Santarsiero, recognizing New Hope Celebrates and its position in serving the LGBTQ+ community since 2003.

Each door represents their equivalent meanings which were established in 1978 by Gilbert Baker, a San Francisco artist who created the rainbow flag: magenta for sexual equality; red for the brighter side of life; orange for healing; turquoise for magic and art; yellow for sunlight; green for nature; blue for serenity and harmony; and purple for community spirit.

Opening the door, to symbolize “coming out of the closet,” an engaged individual will experience some 650+ images—the majority of those by local photographer resident Sandy Santello—as well as relevant editorial and facts relating to each symbolic meaning. It also memorializes popular venues and activities that took place over the past decades which connect to the categorical meaning. Research and much of the corresponding editorial was written by Santello and her wife, former New Hope Borough Council President Sharyn Keiser, with support from the NHC History Committee and NHC Board of Directors.

The genesis of ‘Inside + OUT in New Hope’ was a grant from Visit Bucks County, the tourism and visitors bureau. The actual project presentation is the vision of Gordon Pulaski, New Hope Celebrates’ Creative Director. As a team, the group engaged in over 800 hours of work on the exhibit, which continues to be on view along the Promenade until Oct. 31. 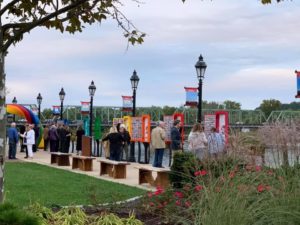 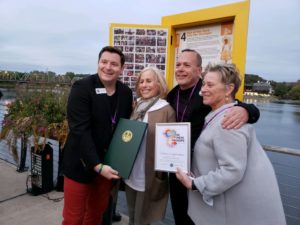 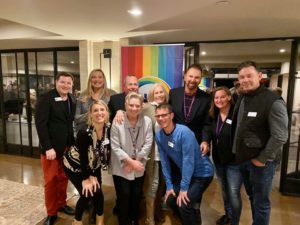 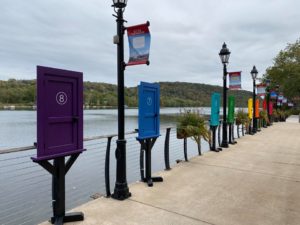 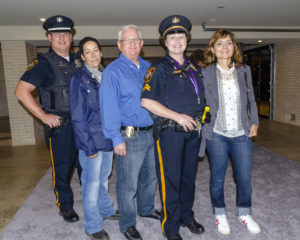 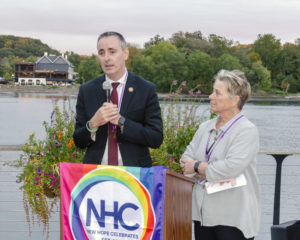 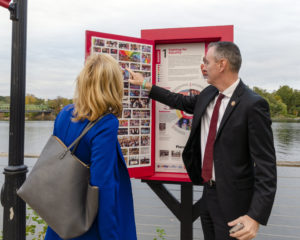 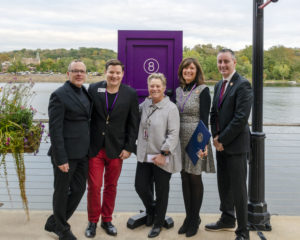 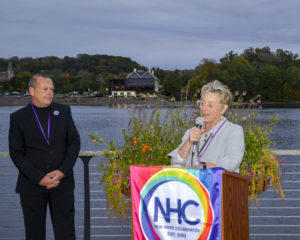