We’re planning something. Check back.

We’re planning something. Check back.

This Tuesday, November 30th is the 2nd year of New Hope Celebrates “I Gave a Buck” Challenge for #GivingTuesday.  Through #GivingTuesday and the “I Gave a Buck” Challenge, NHC has a fundraising goal of $3,500.  All funds raised will support NHC and NHC History efforts in 2022.  In addition to funds raised during the event, this year NHC has received a pledge from one of their new Board Members, John Bell, to match the first $1,000 in donations.  Please consider making a donation and joining our “I Gave a Buck” challenge by printing a sign and then take a selfie holding the sign and post it to facebook.com/nhcelebrates you can tag your friends and family. Be sure to add the hashtags #givingtuesday, #newhopecelebrates and #igaveabuck in your post. We also love Instagram and Youtube posts if that’s what you prefer. Just tag us! And if you really want to be a superstar? Make a short video telling people how New Hope Celebrates has made an impact on you and share it with us and the world.

World AIDS Day, designated on 1 December every year since 1988, is an international day dedicated to raising awareness of the AIDS pandemic caused by the spread of HIV infection

World AIDS Day, designated on 1 December every year since 1988, is an international day dedicated to raising awareness of the AIDS pandemic caused by the spread of HIV infection and mourning those who have died of the disease. 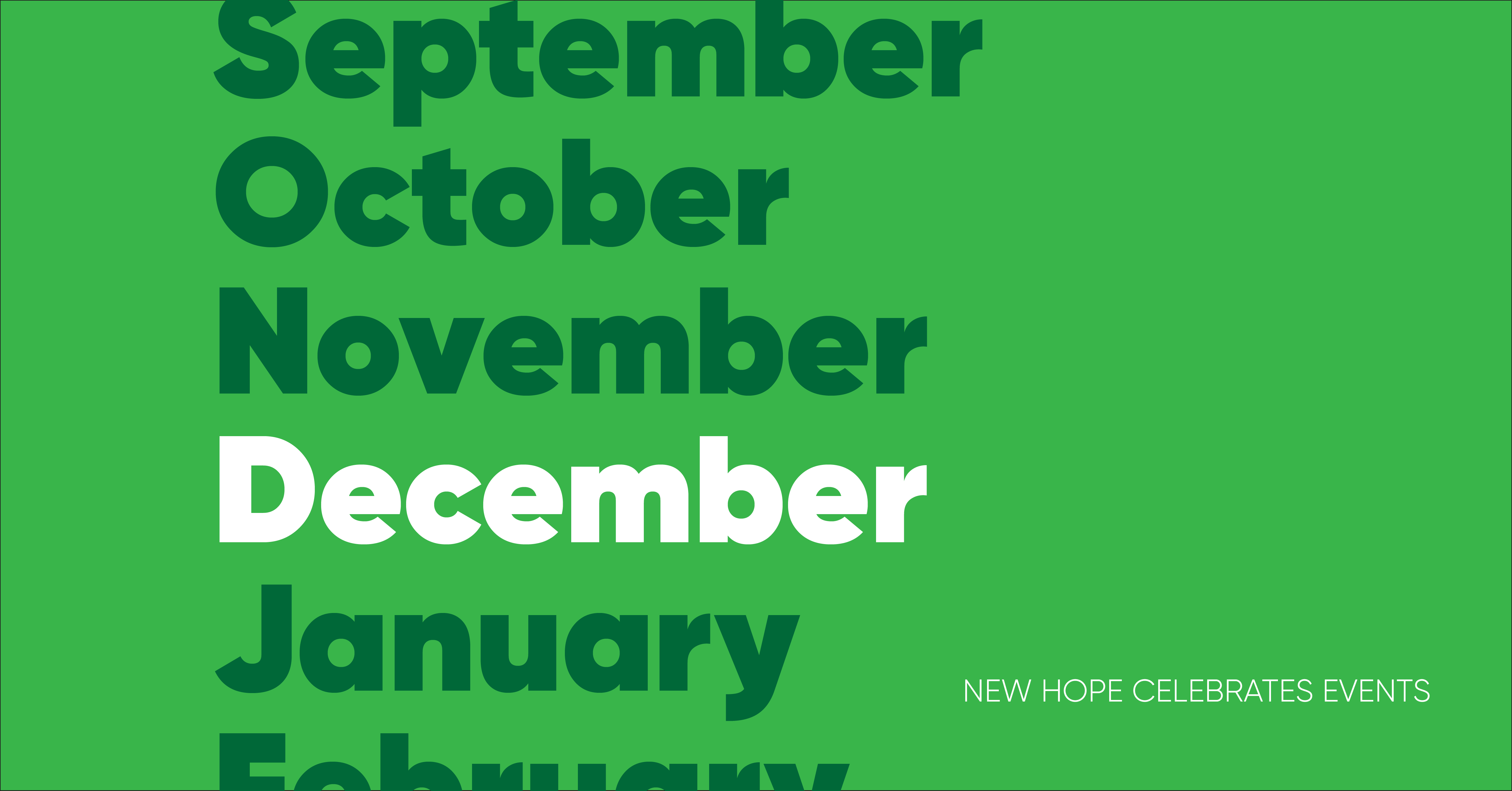 Let the Youle Tied be Gay! Holiday fun is back in full swing.

Let the Youle Tied be Gay! Holiday fun is back in full swing.

The Water Dancer by Ta-Nehisi Coates

Ta-Nehisi Coates is a national correspondent for The Atlantic and the author of the #1 New York Times bestseller Between the World and Me, a finalist for the National Book Award. A MacArthur “Genius Grant” fellow, Coates has received the National Magazine Award, the Hillman Prize for Opinion and Analysis Journalism, and the George Polk Award for his Atlantic cover story “The Case for Reparations.” He lives in New York with his wife and son.

#1 NEW YORK TIMES BESTSELLER • OPRAH’S BOOK CLUB PICK • From the National Book Award-winning author of Between the World and Me, a boldly conjured debut novel about a magical gift, a devastating loss, and an underground war for freedom.

“This potent book about America’s most disgraceful sin establishes [Ta-Nehisi Coates] as a first-rate novelist.”—San Francisco Chronicle
IN DEVELOPMENT AS A MAJOR MOTION PICTURE • Adapted by Ta-Nehisi Coates and Kamilah Forbes, produced by MGM, Plan B, and Oprah Winfrey’s Harpo Films

Young Hiram Walker was born into bondage. When his mother was sold away, Hiram was robbed of all memory of her—but was gifted with a mysterious power. Years later, when Hiram almost drowns in a river, that same power saves his life. This brush with death births an urgency in Hiram and a daring scheme: to escape from the only home he’s ever known.

So begins an unexpected journey that takes Hiram from the corrupt grandeur of Virginia’s proud plantations to desperate guerrilla cells in the wilderness, from the coffin of the Deep South to dangerously idealistic movements in the North. Even as he’s enlisted in the underground war between slavers and the enslaved, Hiram’s resolve to rescue the family he left behind endures.

This is the dramatic story of an atrocity inflicted on generations of women, men, and children—the violent and capricious separation of families—and the war they waged to simply make lives with the people they loved. Written by one of today’s most exciting thinkers and writers, The Water Dancer is a propulsive, transcendent work that restores the humanity of those from whom everything was stolen.

Join us for a Winter Tea Dance at Havana New Hope on Sunday, December 26 from 4 pm to 8 pm! Reconnect with friends and meet new neighbors after

Join us for a Winter Tea Dance at Havana New Hope on Sunday, December 26 from 4 pm to 8 pm! Reconnect with friends and meet new neighbors after the holidays. We’ll have live music from DJ Gavin, drink specials, and a gathering of our LGBTQ+ community. A $5.00 suggested donation will be collected at the door, proceeds benefit New Hope Celebrates. Bring a friend, all are welcome. RSVP on Facebook: www.facebook.com/nhcelebrates/events

Iced Tea Dance at Havana Sunday, Jan 30th, 2022 Let’s get this new year off to a great start, join us for our first annual ICED TEA DANCE celebrating

Let’s get this new year off to a great start, join us for our first annual ICED TEA DANCE celebrating winter at Havana in New Hope on Sunday, January 30th from 4 pm to 8 pm!  Come break the ice and party with our crew in 2022 LIVE Guest DJ, Entertainment, Drink Specials. Bring a friend, all are welcome.

A $5.00 suggested donation will be collected at the door, proceeds benefit New Hope Celebrates programs. RSVP on Facebook: www.facebook.com/nhcelebrates/events 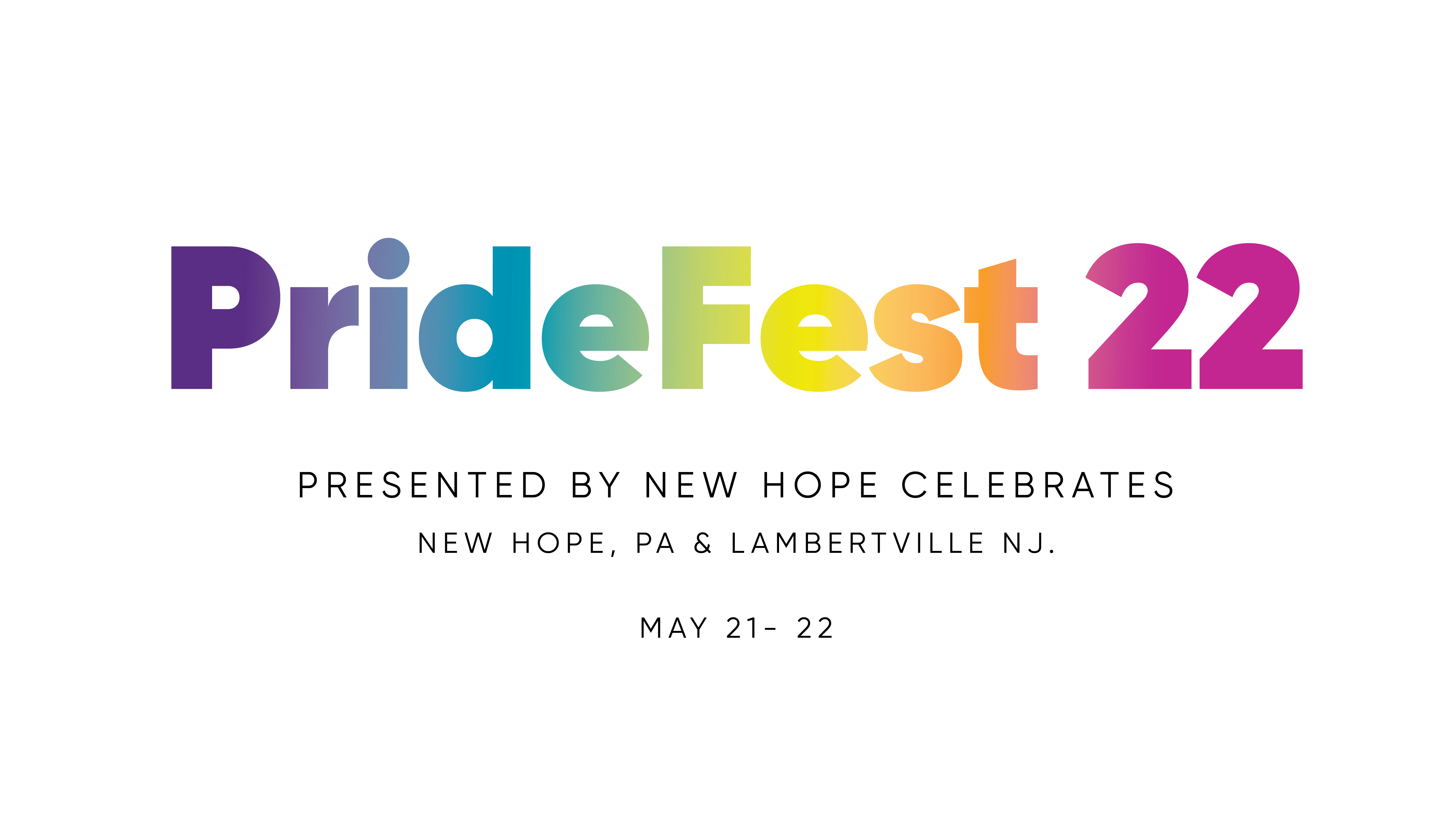 Post your LGBTQ+ Event to reach over 35,000 site visitors a year!

2022 May – Join us for the annual rainbow equality flag unfurling at Starbucks on Bridge & Main Streets in New Hope, PA. Additional event details and information to follow.
More To Come

2022 May 20-22– Since 2003 New Hope Celebrates has hosted one of the first nationwide Pride Events of the season in May. Usually held in June, there are over 1,000 annual Pride celebrations both nationally and worldwide.
Learn More About PrideFest

Postponed till 2022 – The keystone of our annual Pridefest event will begin at 11:30 am starting in Lambertville, NJ. and crossing the bridge to New Hope, Pa. We March Rain Or Shine!
Learn More

Are you an LGBTQ+ organization or supporting group and want to march with us? Wonderful!
Apply Your Group

May 2022 – PrideFair opens at 1:00 pm to the general public with local artists and retailers, and LGBTQ+ owned and operated professional services, the New Hope Pride Fair is a great opportunity to connect with your community. Closes at 4:00 pm
Learn More

Are you a local artist, retailer, or LGBTQ+ owned and operated professional or non-profit service?

Great, we’d love to have you connect to the community at our PrideFair.
Be A Vendor

Must Be 21 with proof of ID to participate in this fun and festive town contest. If you can’t find a designated driver, please use Lyft or Uber for a safe ride home. From May 12th to 20th every day during the PrideFest.
Learn More

If your establishment would like to participate please contact The Best Team. You get all the benefits of Basic & Deluxe Partnership Package Plus more!
Apply Your Bar

OUT in October & LGBT History Month

New Hope Celebrates is proud to present our annual fall calendar of events. We’ve also included a few of our partner events that we think you might enjoy.