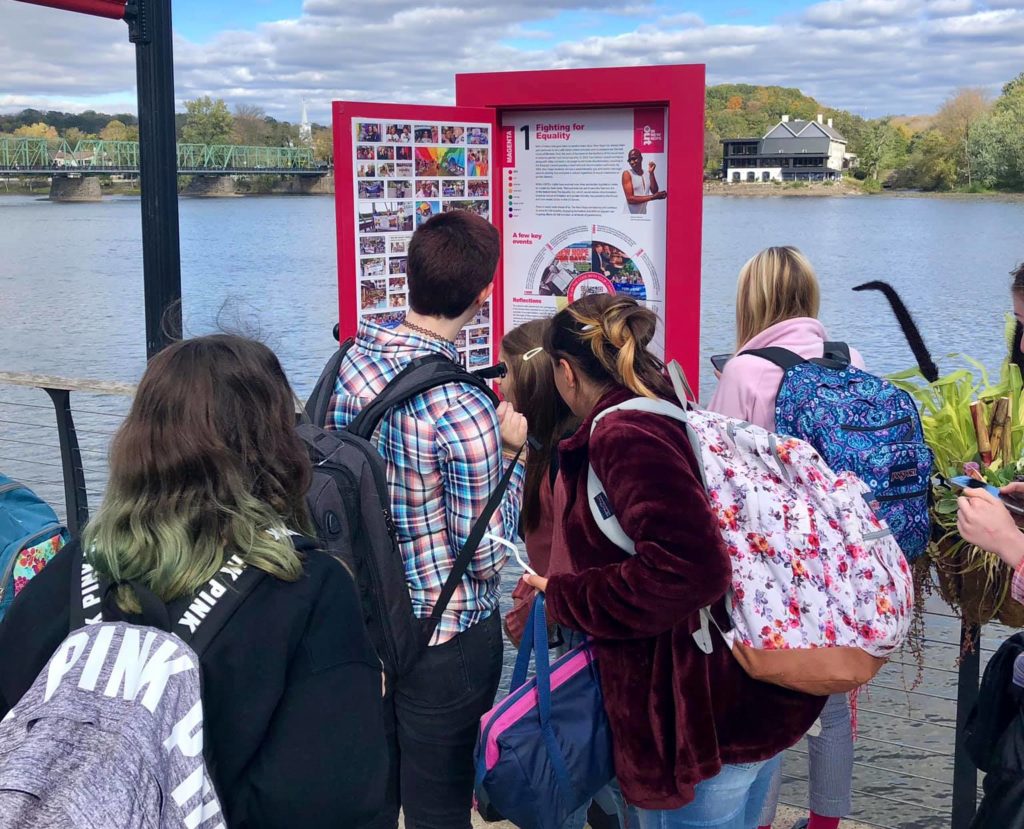 What better way to end the school week than with an ice cream social at Nina’s Waffles and a walk along the promenade on the Delaware River in New Hope, PA.  For students of the Central Bucks School District, it was that and more.

There are eight doors along the river, each in a different color taken from the rainbow flag, representing the LGBTQ+ community worldwide. Behind each door lies the history of New Hope’s own community, weaving a story through the decades of people and places that have shaped history.

Some students were able to find themselves in the display of photos from past Pride Parades sponsored by New Hope Celebrates.  Keith Willard, GSA Advisor at Holicong Middle School and organizer of the trip said, “I think it’s important to create opportunities for LGBTQ+ students and their allies to come together.  The New Hope Celebrates History exhibit provided the perfect opportunity to gather as a school community and to learn about LGBTQ+ history – a history that students could see themselves in from door panels that included alumni from previous New Hope Pride Parades.”

Nancy Flanagan, GSA Advisor at Central Bucks East High School also commented on the exhibit. “It was so inspiring to watch our young people engage with local LGBTQ history. Some wore rainbow flags, socks, tee-shirts, and hats, which honors those who came before them. They are showing pride in themselves and their identity, thanks to those who paved the way. The exhibit itself was magnificent, with so much content, interactivity with the QR codes, and the beautiful photography. I learned a lot and walked away feeling more connected to our inclusive community.” 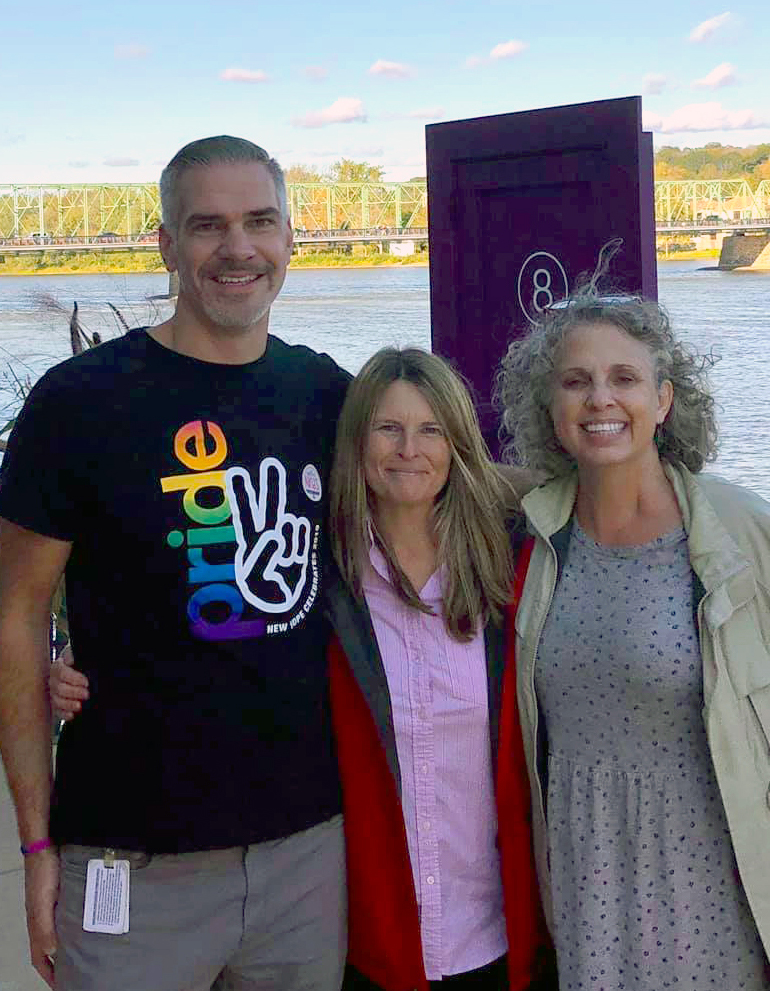 As the students opened the doors, they shared a part of  New Hope’s LGBTQ+ history and realized that their stories will someday be passed on to the next generations to come.

As the students opened the doors, they shared a part of  New Hope’s LGBTQ+ history and realized that their stories will someday be passed on to the next generations to come.

Riley Ramirez from Tohickon Middle School added, “Because I grew up in New Hope, I knew a lot of the people in the photos.  It was really amazing to learn how they are a part of New Hope’s history, and I even got to see some pictures of my Uncle Joey that I’ve never seen before.”

“I very much enjoyed seeing the exhibit in New Hope. It made me proud to be part of the Gay-Straight Alliance. I feel so fortunate to live in a country that is pushing towards equality and acceptance with matters like these,” said Halley Hopkins a student at Central Bucks East High School.

Iona McMenemy from Unami Middle School said, “I very much enjoyed the trip this past Friday. For as long as I can remember, New Hope has been very inclusive of the LGBTQ+ community. The doors were beautifully made and I learned a lot about past events regarding the community of New Hope.”

With the doors’ colors awash in the autumn sun, Brooke Dougherty of Holicong Middle School said, ”New Hope’s LGBTQ+’s exhibit allowed us, students, to celebrate our differences and embrace in one another’s uniqueness. This presentation was indulged with lavish history upon the progression of the LGBTQ+ community and it was especially personal since it honed in on our area’s contributions to the movement. This display shows people that when we love one another for who we are, our colors shine brighter.”

The doors in magenta, red, orange, yellow, green, turquoise, blue and purple will continue to shine along the promenade behind Stella by Jose Garces Restaurant and the Ghost Light Inn until Oct. 31.

Out in New Hope News