Celebrating Our River Of Rainbows The Making Of the 100ft NHC Rainbow Equality Parade Flag! 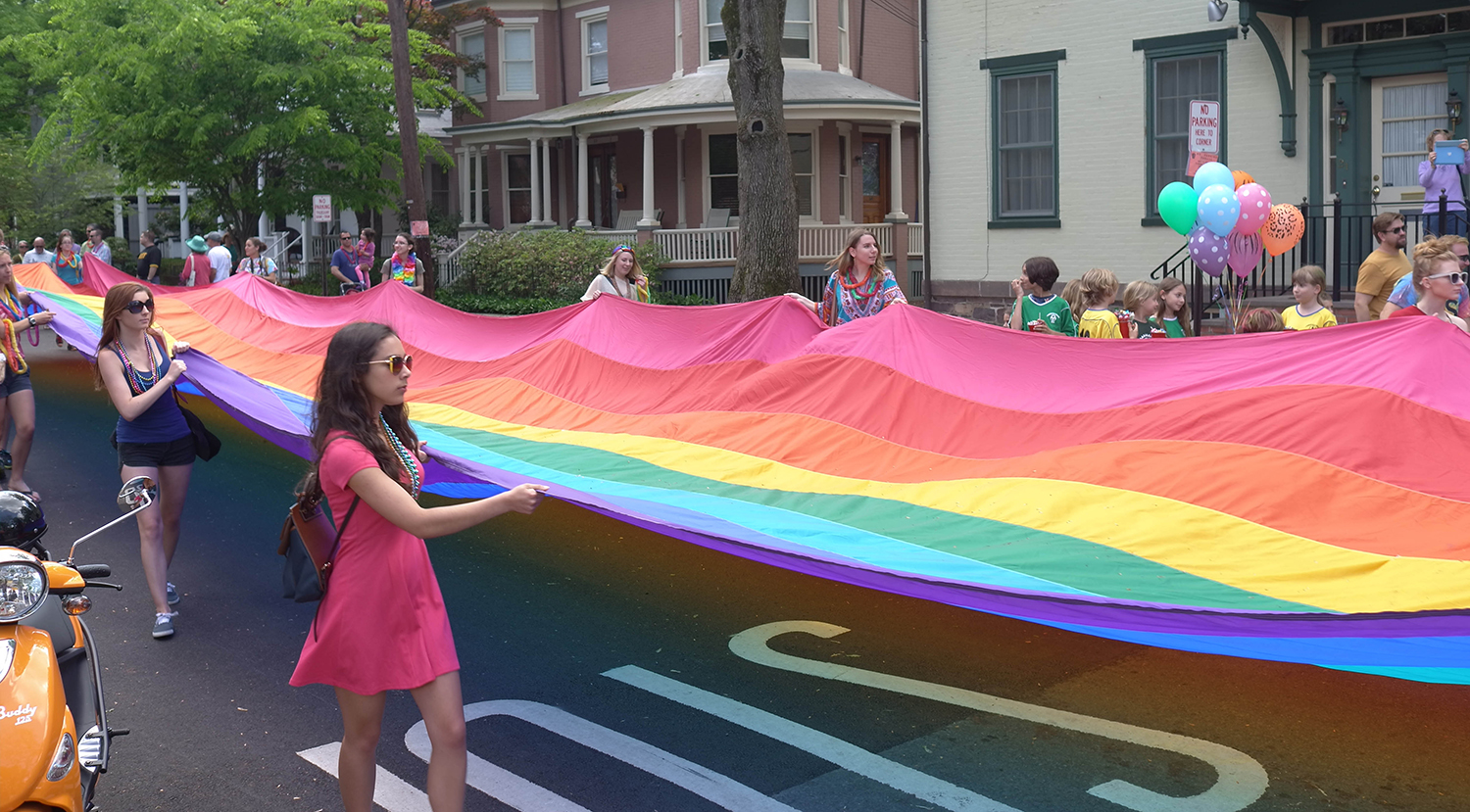 New Hope Celebrates is proud and honored to announce that their new 100ft Rainbow Equality Parade Flag will be making its grand entrance from Lambertville into New Hope, during this year’s Pride Parade on May 20th, 2017.

This has been made possible thanks to the generous donation of our 2017 Pride Fair Presenting Sponsor, Landmark Hospitality & the Logan Inn. 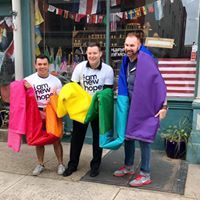 Unfurling our River of Rainbows, it will be carried by our local LGBTQ youth organizations and pause at the Logan Inn, to give thanks for this amazing symbol of equality. We have once again commissioned Humphry’s Flag Company in Philadelphia, to create our very own eight-color 100 foot long parade flag. Humphry’s Flag Company moved to Philadelphia from New York in 1864 and has celebrated 150 years of flag making.

The Flag will reside here in New Hope and be on display at the Logan Inn during Pride Festival Week, which runs from May 14-May 21. We will be scheduling several flag touring opportunities throughout the year, both locally and nationally, for all to see and enjoy. The flag will be our ambassador of love, diversity and equality; calling out for basic human rights for all.

New Hope’s very own Rainbow Equality Parade Flag is a gift to the community of New Hope and represents all its residents, past, present and future.  “We hope that this flag, which has been a symbol to the entire LGBT community worldwide, will also serve as a reminder of New Hope’s remarkable history of acceptance and inclusiveness, as it tours the country,” said Gordon Pulaski, NHC’s Creative & Marketing Director.

The first design of the Rainbow Flag by Gilbert Baker included eight stripes, each a different color with its own symbolism. Pink represented sex, red represented life, orange for healing, yellow for sunlight, green for nature, blue for art, indigo for harmony, and violet for the human spirit. Pink had to be dropped because at that time, it was not a commercially available color. Indigo would later be removed so that the flag would have an even six stripes. The Rainbow Flag has become the international symbol of the lesbian, gay, bisexual, and transgender movement and is arguably one of the most recognizable symbols in the world. While Baker is proud of his creation, he is humbled by its status as the flag of a worldwide movement.

For the past decade, New Hope has had the pleasure of hosting a section of the world famous Key West Rainbow Flag.  Designed by Gilbert Baker, sponsored by ABSOLUT and commissioned by the The Florida Keys & Key West Bureau of Tourism, the flag was a tribute to the creation of the first pride flag on its 25th anniversary. Named Rainbow 25’s Sea to Sea Flag, it stretched 1.25 miles along Duval Street, from the Atlantic Ocean to the Gulf of Mexico.

We would like to thank The Key West Business Guild and The Key West Bureau of Tourism for the use of their historic flag over the past 10 years. It has been a great partnership and we thank you from the bottom of our hearts.

A true flag is woven from the souls of the people it represents. It belongs to them and is part of the fabric that makes a community whole. New Hope Celebrates is proud to display their Rainbow Equality Parade Flag, a symbol of unity for all.